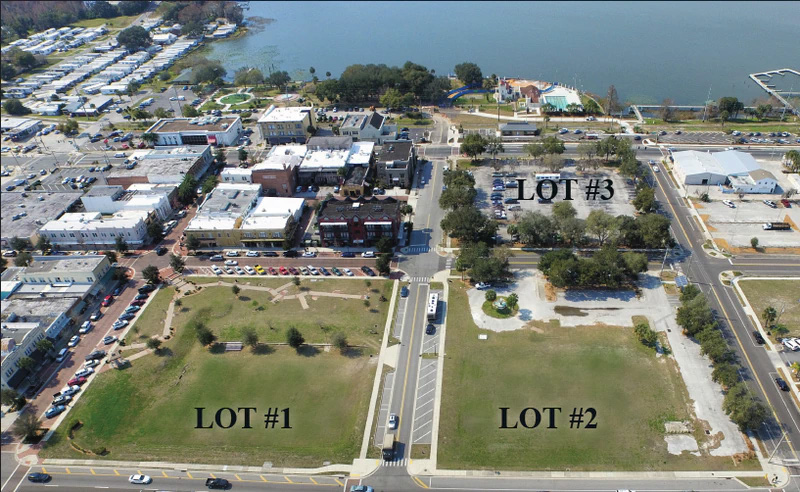 The Eustis City Commission has delayed the vote on a $65.7 million contract to convert the former Florida Hospital Waterman site into a mixed-use project with apartment buildings, a hotel and parking garage, asking the developers to “workshop” the development with the city this week.

But the delay is not viewed as a major roadblock to the project.

“This is a very important project for the Eustis community,” said Tom Carrino, Economic Development Director. “I would say the decision to hold a workshop was less about specific concerns and more about having time to engage the development team, ask questions and better understand the project.” 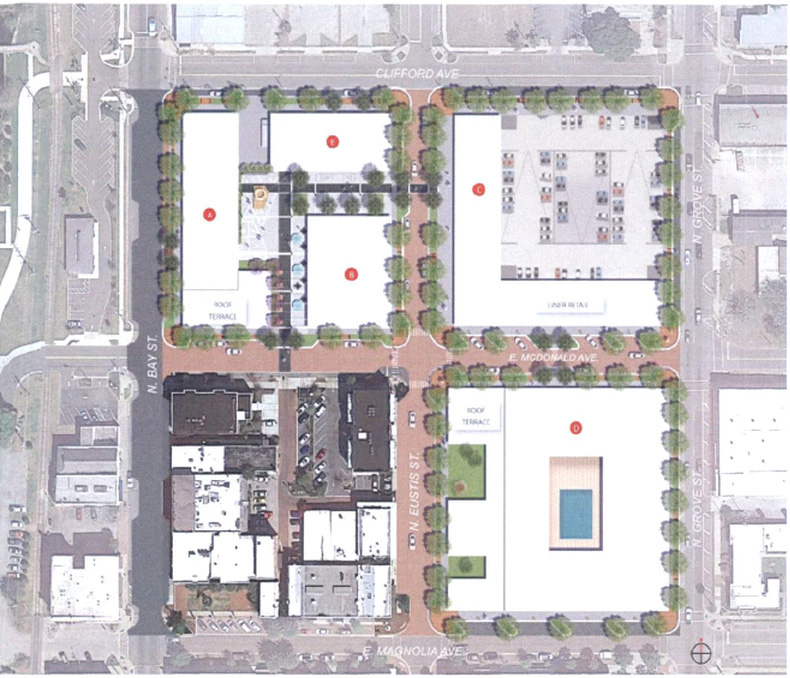 The city has been marketing the five-acre property for several years and issued a Request for Proposals to redevelop the site last September. A team composed of Orlando-based Atrium Management Company and PRN Real Estate & Investments was the sole bidder. Led by Adam Wonus, Atrium is proposing a four-phase development beginning with a mixed-use 75-unit apartment building with a minimum of 6,000 square feet of commercial space and an 8,000-square-foot food hall, with an estimated cost of $14 million. The site plan includes a courtyard with an outdoor stage, seating made from packing crates and a dining patio.

The city’s redevelopment authority would agree to give the land for phase one, valued at $1 million, to Waterman, LLC, an entity formed by Atrium.

“We are still very early on in the process, so I’m not sure of the construction timeline,” Wonus wrote in an email. “Eustis is a beautiful city, and with the lakefront bordering on the downtown core, Eustis has an amazing opportunity to bring additional restaurants and shops to their residents. We look forward to working with the Commissioners and city staff in the coming weeks.”

Wonus was an early investor in Orlando’s Milk District. He purchased dozens of post-WWII homes and demolished them to build rental duplexes. He also tried for over a year to win approval from Winter Park to build a luxury boutique hotel on Lake Killarney but ended up withdrawing the plans. 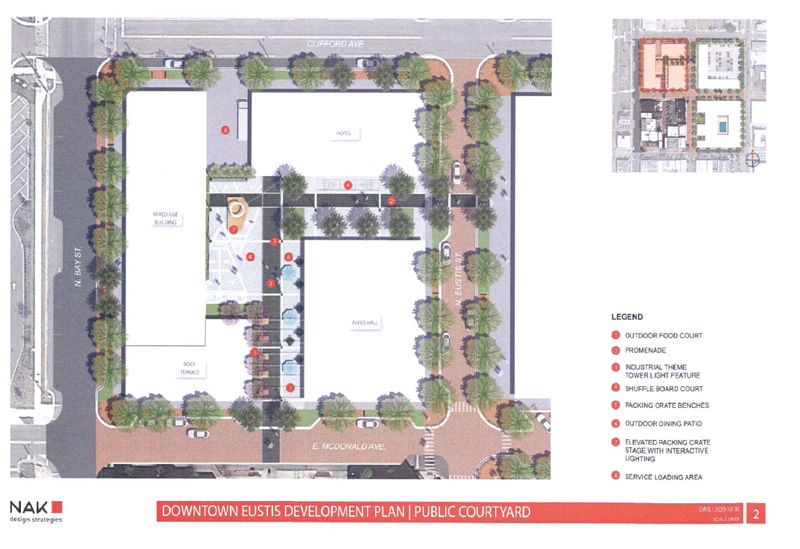 A fourth phase, to be completed no later than 2027, would be a four-story hotel with approximately 60 guest rooms, with an estimated value of $15 million. NAK Design Strategies created the conceptual plan.

A resolution before the commission also provides 64 spaces for the developer in the Lake Mechanical Garage at an estimated value of $1.3 million. If Atrium moves forward with Phase 2 and Phase 3, the developer would receive up to $4.72 million net from the City Redevelopment Agency for the design and construction of its Phase 2 parking garage.

The property is located in the city’s downtown CRA district and it sits in one of Lake County’s qualified opportunity zones.

A special meeting of the Community Redevelopment Agency will follow on September 9, with final action of the City Commission at its regular September 9 meeting.